I’ve always been a late bloomer. It took me two decades – for some of these it was closer to three – to get drunk, knock boots, graduate from college*, and get a full time job with benefits. It should be unsurprising that I let the likes of Snapchat, tumblr, Instagram, something called Kik, and dog-face filters (wtf?) pass me by. It’s almost more exhausting to keep up with what I’m missing out on. But I digress. The one I couldn’t escape? Tinder.

I joined Tinder after an extremely inadvisable hook-up with an ex in which I made one one of those regrettable memories that sear themselves in your brain in order to haunt you while you’re falling asleep or waiting for the bus eight and a half years later. It this  one-week personification of a Hot-Mess** that ended with a friend bitch slapping me out of my funk over text and punctuating it with what is surely every Hook-Up App’s slogan: “Forget him. Join Tinder.”

Tinder is a diorama that that showcases a fairly homogeneous (vastly heterosexual) landscape of men who are “looking for someone to go on an adventure with”, foodies, surfers, travelers, and who take selfie cues from Justin Bieber’s calvin klein campaign. The surfer bit is likely geographic, of course. But swap it with some culturally popular activity in each region and you get the milk-toast tinder profile. Many men insist that women won’t swipe for someone short, so they list their heights as if the app is a Sky Mall catalog for one night stand partners (maybe it is). I have no idea if this is true – that requirement never crossed my mind – but I don’t doubt the savage simplicity of the online First Impression.

My first promise to myself was to avoid people who didn’t bother to fill out a profile at all. Second, it was almost a universal Nope for pics of drug use, guns, and idiotic behavior. Third, a snapchat or instagram handle does not a profile make. I may be on Tinder, but I like to avoid that fact by hiding behind “standards”.

Which is how I met the Pirate, the Coffee-Table, the Flirting Serial Killer, and the James Bond Salsa Dancer.

*Attending undergrad as a 25 year old living and learning among 18 year olds was like living 21 Jump Street except nobody cared who was selling or doing or buying all the weed. One student asked me if I was “turnt” – at which point I grew the obligatory grey hair. 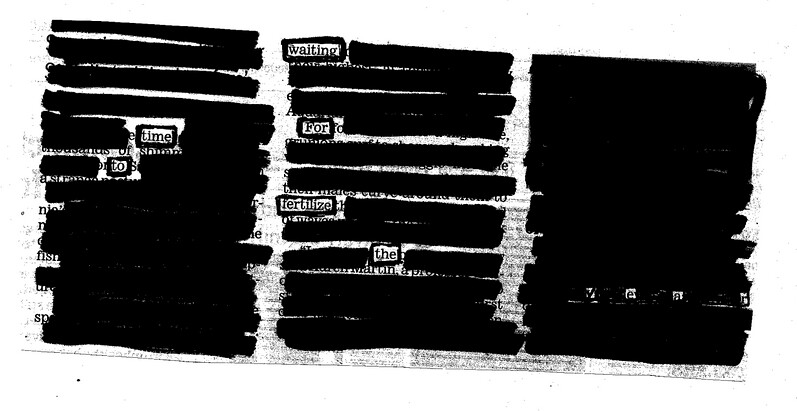 to fertilize the year

On Sunday afternoon, I felt a twinge in my throat and nose. You have roughly 5-6 hours of healthy productivity left. GO GO GO.

By Sunday night, I was rummaging under the sink for a NyQuil and a box of kleenax. I popped the thumb sized gel pills and sat on the couch waiting for my congestion to flee before I went to bed. I’m not entirely sure that NyQuil’s secret identity isn’t Ketamine, as it could easily put a horse under in seconds. The critical problem with NyQuil’s chemical formula is that its sedative is faster acting than its decongestant. I found myself imploring the NyQuil gods through two still-stuffed nostrils and two heavy eyelids Don’t take me! Not yet! Wait! I STILL CAN’T BREATHE!

It was an epic struggle.

I fell into a light sleep teetering between a 90 degree and 45 degree angle on propped up pillows. I woke up on Monday to an elephant sitting on my sinuses. Or more like an elephant sitting on my brain with a clamp around my sinuses that rattled all the innards above my neck every time I stepped too heavily and jarred my body. I called out of work and begged someone to do a rain dance. Barometric pressure is a bitch.

It was a 10 tea bag day. I peed a lot. And stress ate chocolate raisins. Upside: I finished Amazon’s Marvelous Mrs. Maisel and Fleabag. Mrs. Maisel takes Amy Sherman Pallidino’s spitfire dialogue and witticisms made famous in Gilmore Girls and elevates it to a cleaner, less-constrained (non-cable TV) platform and thrives for it in all the ways that ASP’s Netflix Gilmore Girl revival felt flat and held back by its basic sitcom origins. Mrs. Maisel is a fun show and a clean opposite in tone from Fleabag, which personifies a deeply depressed dark humor.

Many of my favorite scenes are silent exchanges between Fleabag and her sister Claire, a series of side eyes and suggestive glances that underscore the bleak but you-just-have-to-laugh reality they’re slogging through.

I loved it from the moment Fleabag masturbated to an Obama speech – something that never would have occurred to me pre-2017.

I was walking down the hallway at work last week and passed by my boss’s door. She waved me over:

Boss: “Hey have you finished [project] yet?”

Me: “Not quite. I’m still messing with it. I’m a tweaker. No. Nope. I heard it the second it came out of my mouth. Nope. Nope Nope. I’ll leave and never speak again.”

Me, in the real world: *backs out of the doorway and fades into the scenery* 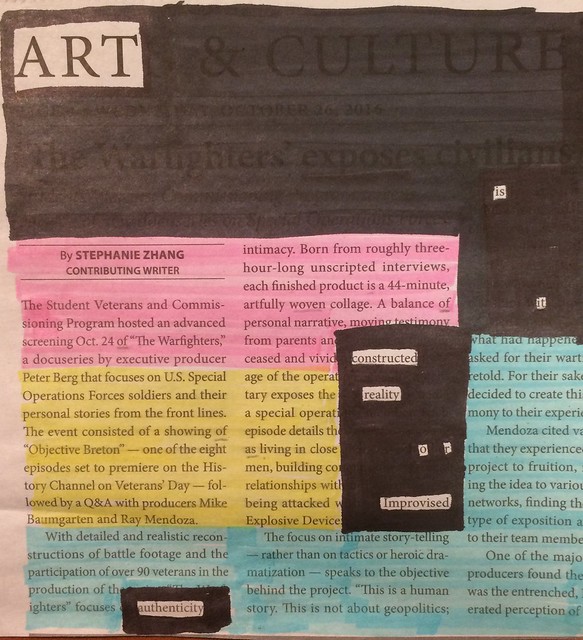 is it constructed reality

I clearly couldn’t be more design challenged if I tried. 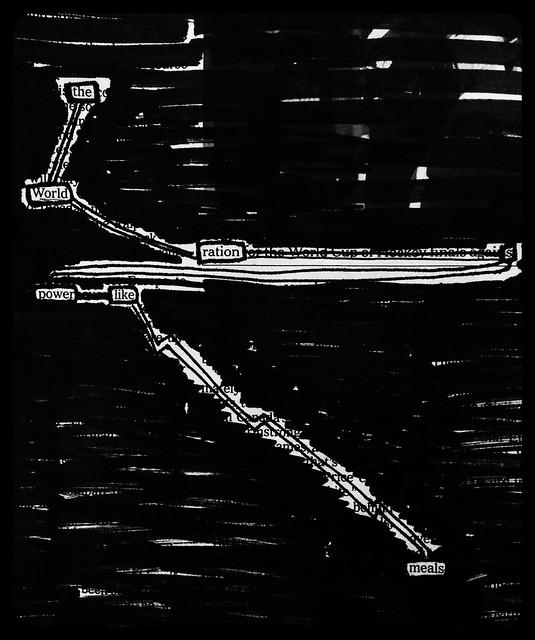 I need a graphic designer.

Show notes: Here is a TED talk (7min) “How to understand power”. 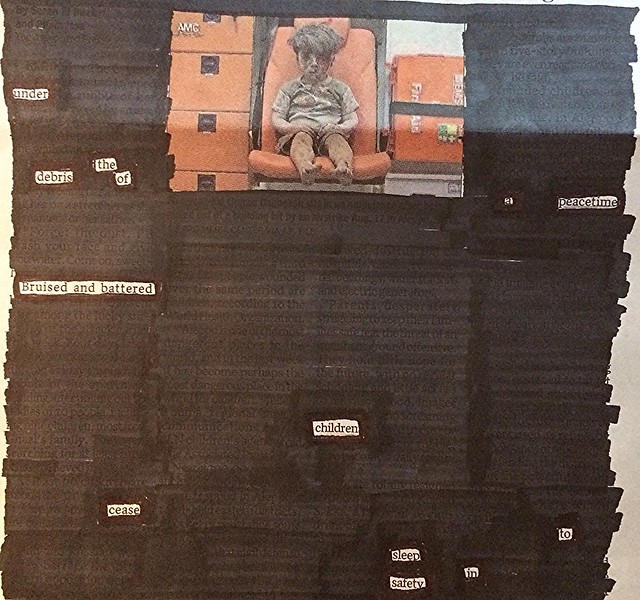 under the debris of a peacetime

children cease to sleep in safety 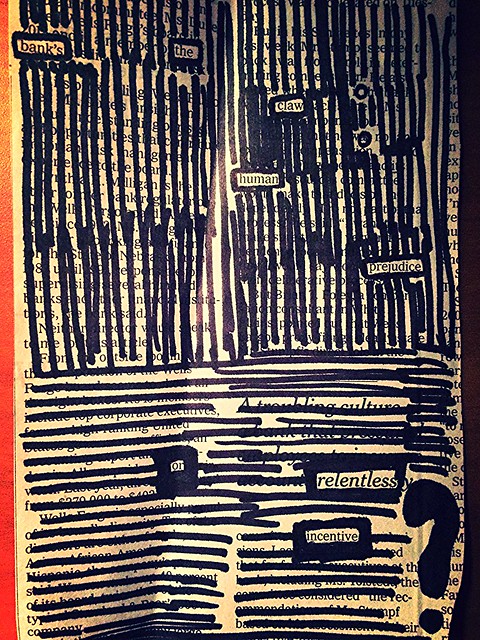 Here is a clip of the Banking Hearing Committee’s scathing questioning of Wells Fargo CEO about their recently uncovered scam. 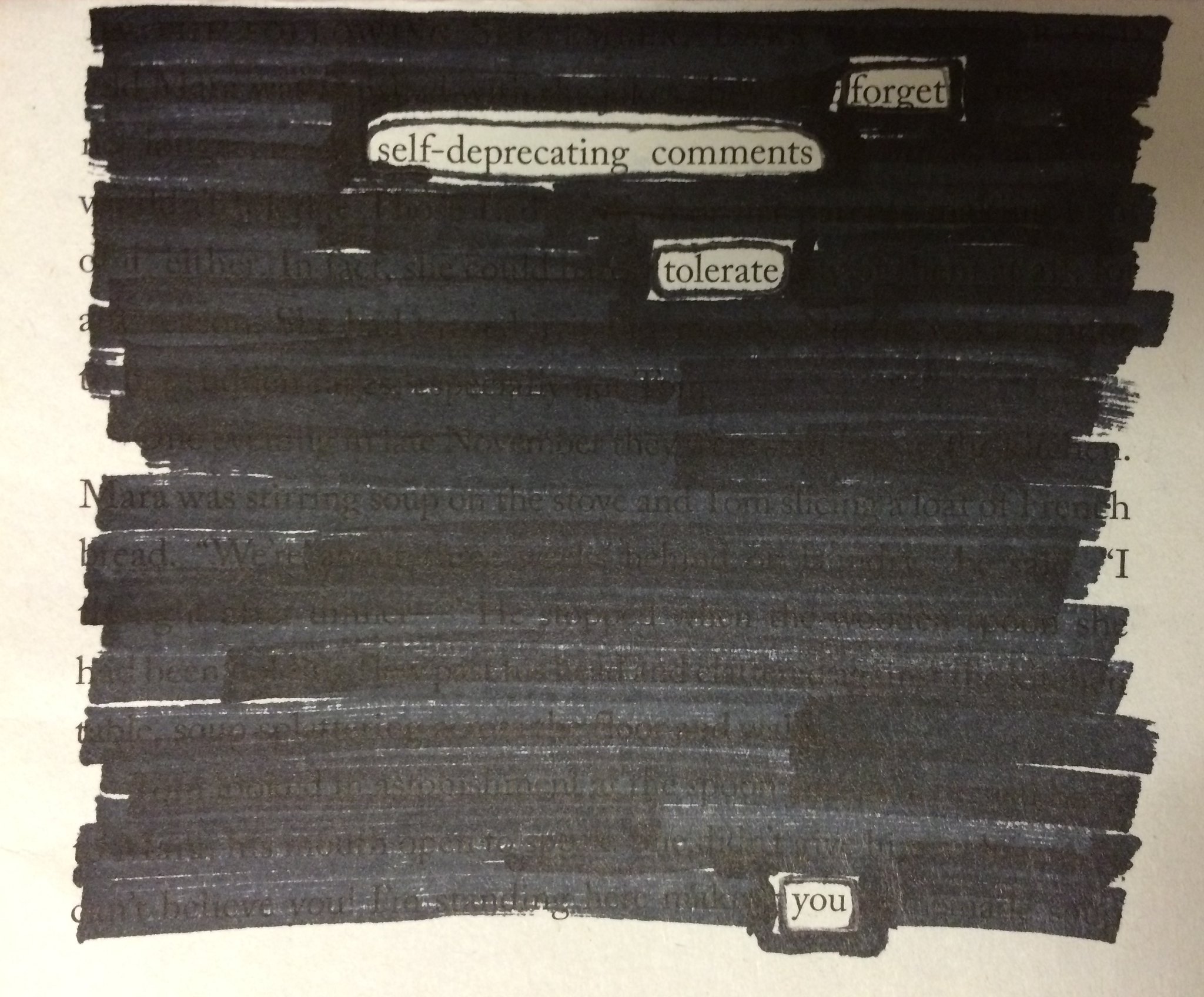 note: sorry for long delay. Part of it was due to once again taking on too much work, but part of it was due to being a complete imbecile and forgetting not only my wordpress password and recovery email but also my flickr info. Dear self: time to write that nonsense down. 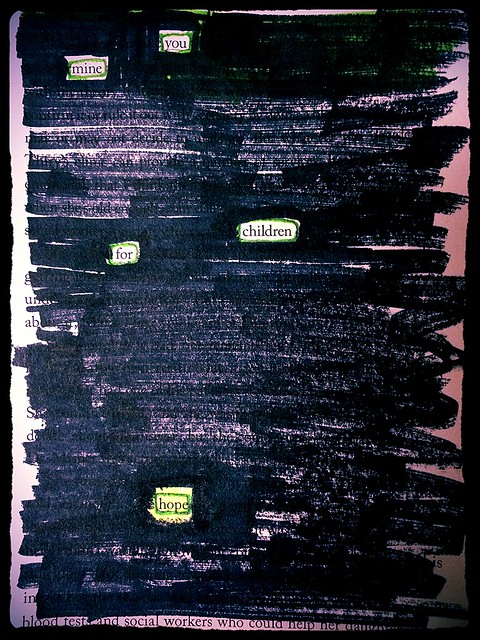 you mine
children
for
hope 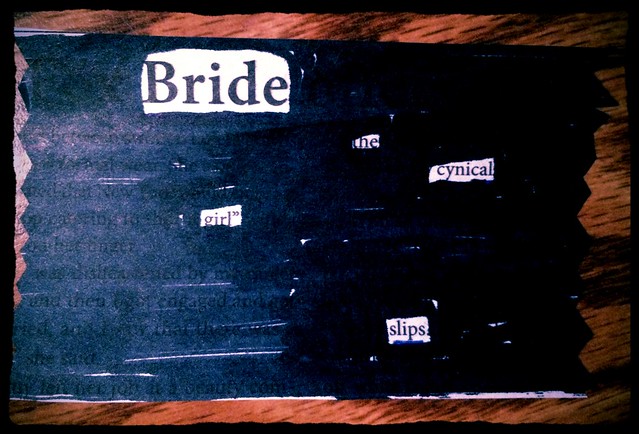